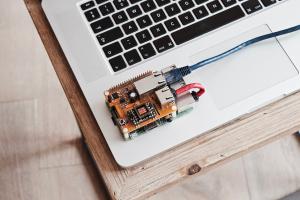 The Internet of Things is a lucrative industry and has allowed for the disruption of several industries. Companies like PayPal and Square have dramatically changed the way people shop by allowing transactions to be shifted to devices connected to the Internet of Things. Products like Amazon Echo have changed the way people interact with devices in their homes. Many people have already grown used to the IoT being apart of every aspect of their lives. This is now a connected world and it shows in the increasing sale of internet-enabled devices. According to Business Insider, there will be more than 24 billion IoT devices in use in the year 2020.

As the number of IoT devices grows, there’s a corresponding increase to the already massive amounts of data available about each person who uses these devices. A tech enthusiast that has a smartphone and several other devices on the Internet of Things has devices collecting data like the apps being used, a person’s current location, the amount of steps they take, even what aisles they walk down in the grocery store. This information will be made available to companies to purchase from data centers to use for marketing and other purposes. Villanova University, released a report on several of the ways companies can use the data stored including: understanding values, predicting employee success, discovering lifestyle changes like pregnancies or marriages, and ultimately guiding your next purchase. When used with good intentions this data can improve our lives and lead to the discovery of new products. For example, almost every e-commerce site now has a “people who bought this product also bought” section based on all the various data they get from our histories and cookies on our web browsers. However, when data falls into the wrong hands it can be used for identity theft or even stalking. Earlier this year The Guardian in the UK released a report with some shocking statistics on cyberstalking. According to the report, there were more than 200 reported cases of stalking in the UK where tracking devices were used and about 130 cases spyware was installed onto the victim’s computer.

In addition to the growing possibilities for data breaches, there is also the threat of tech to the environment. As electronic devices receive updates and improvements their older counterparts are disposed of and find their way into landfills. All electronic devices,have materials in them that can have a damaging effect on the environment if they are not properly recycled. According to the International Telecommunications Union (ITU) – the United Nations’ agency that specializes in studying information and communication technologies – in the year 2016 nearly 45 million metric tons of electronic waste were produced across the globe and the number is scheduled to rise indefinitely. According to the same ITU report, the value of the raw materials and metals in that e-waste  was worth an estimated $64.61 billion. Despite this, only 8.9 million metric tons were documented as having been recycled in the year 2016. Most e-waste ends up in landfills, even though electronic waste recycling would have a positive environmental impact and be cost effective for consumers.

Electronic waste has also been shown to have to have a direct impact on human health. A University of Washington study found that fine particles from e-waste that isn’t properly recycled can travel long distances through the air and be inhaled by humans. These particles are particularly dangerous because they can bypass our respiratory defenses and cause health issues like asthma attacks, bronchitis, and even lung cancer.

Proper electronic recycling and data destruction is crucial for environmental protection and for protecting ourselves from those that would cause harm using the data collected on the Internet of Things. There are still many exciting and positive attributes in this developing industry, and more good things to come if we take the proper steps to safeguard the environment in the process.

Recycling programs from major companies like Best Buy, Apple, Samsung, and many more make it so that any device you want to dispose of can be properly recycled or refurbished. There are several charity organizations like World Computer Exchange and Computers with Causes that accept donations of outdated but still functional technology. Many companies will allow you to recycle old computers for cash as well. Companies like Bass Computers INC. offer dedicated e-waste recycling and hard drive destruction services to ensure that the hazardous materials in your used electronics do not harm the environment, and your data has been properly destroyed. Bass Computers even offers a certificate of data destruction to give you complete peace of mind. Bass Computers INC is open 5 days a week and offers free assessments and recommendations on your recycling needs.

Find out more about which of your devices are recyclable and other IT asset collection and recycling services available at Bass Computers Inc. by visiting basscomputerrecycling.com!

© Bass Computers, Inc. 2021. All rights reserved. All trademarks, registered trademarks and logos are the property of their respective owners.